When I was nineteen I worked at a fast food restaurant as a casual employee. This was my only income. My employer would roster me on for one or two shifts a fortnight and then, knowing how horrified I would be and stressed that I was about to lose my job, they would call me in every single day to do a shift. I remember my anxiety every time the  phone rang at three pm as it was always my boss, but it never occurred to me to decline the shift or even to just let the phone ring out. This was 1993 – long before ordinary people would have mobile phones! I genuinely couldn’t work out that I was being played so would be delighted to get all these shifts, even being happy to do two all night shifts on the weekends. Looking back I imagine my managers thought I was some kind of fool for not realising that I was being played. In fact I wasn’t a fool but I was a person who used different ways of communicating and interpreting communication than my employer did.

I am writing this post because someone asked me to. I don’t generally do that. This is not so much because I am some arrogant princess thinking only I can come up with good blog post ideas but simply because a lot of the topics people want me to write on are largely beyond my knowledge so I would not write a very ‘real’ post and it might be more like a literature review or case study! However, the topic of autistic people being taken advantage of, manipulated and duped is sadly something all too common in my experience.

I think every autistic person has probably experienced this or still experiences it. There is an actual concrete reason that we tend to be taken advantage of and it starts with the difference in communication between autistic people and neurotypical people. Autistic communication is generally on one level. We are honest, up front and do not often do things like manipulation and deceit. We generally do not lie although many autistic people are capable of lying if they feel the need but usually it doesn’t come naturally.

Neurotypical  people (or ‘allistics’ if you prefer) operate differently in how they communicate. Their communication tends to happen on more than one level. Mostly this doesn’t result in them being predatory or unethical and just results in some confusion when they meet an autistic person who operates differently. However there are some people who prey on others and when they come across an autistic person who sees things on one level and doesn’t realise others don’t and they become aware of the difference then predation can occur. It can be seen as the difference between visible light and infrared light. If you can only see visible light then it is hard to imagine what infrared looks like, even if you are aware it exists. I am forty-three and have been taken advantage of so many times I have lost count. I am better at working out that people are capable of doing this but I still struggle to see it happening until after it occurs. One thing which can happen – and which is certainly true for me – is that I have become hyper-vigilant about these things and often refuse to trust anyone I don’t know well, even people who are not trying to take advantage of me.

Some circumstances this kind of exploitation commonly occurs in include:

The more I know about all of this the more I find myself viewing everyone through a lens of cynicism. This is not a good place to be in either. We need to be aware of the potential threats and ways to avoid being victimised but also to remember that it is a fraction of neurotypical people who behave this way.

Some strategies which can help include:

My final point is to remember that this behaviour is in  no way the fault of the autistic victim. These issues arise as the result of a person or group of people intentionally taking advantage of a communication difference for their own gain. 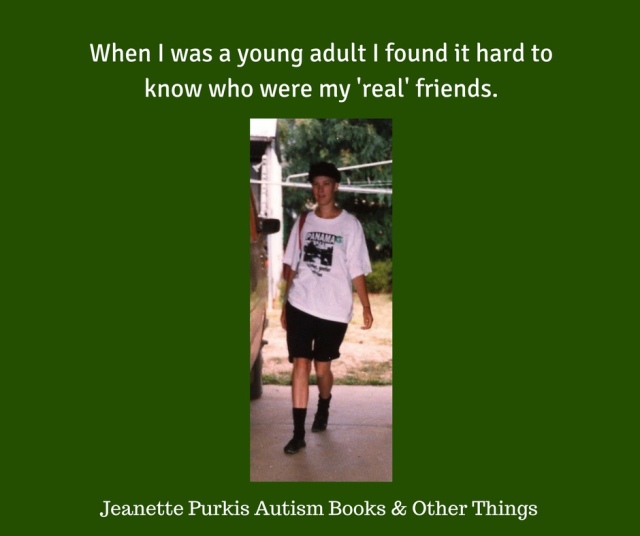 9 thoughts on “‘Too nice’: avoiding the traps of exploitation and manipulation”