The title of this post is something I have said – or thought – on many, many occasions in my almost 44 years on this Earth. Most people have an innate ability to tell one human being from another. If they meet someone then they remember what the person looks like most of the time. I do not. Most human faces blur into each other and I cannot remember people I see all the time, including work colleagues and family members. When I was a toddler my mum and brother and I went overseas and left my dad behind. When we returned three months later I had no idea who this scary guy with a beard was and why he seemed to know my mum, brother and me really well! I spent my childhood, teenage and young adult years thinking that may inability to recognise human faces was unique to me. I was very embarrassed by it and thought it meant I didn’t care about people or wasn’t interested, even though that didn’t tally with my experience. When I was in my late 30s I saw an article about something called ‘prosopagnosia’ or face blindness. Apparently there were a lot of people in addition to me who struggled to recognise human faces. I was delighted to not be alone in having this rather embarrassing quirk of neurology.

Prosopagnosia is not an intrinsic part of autism. Non-autistic people also experience it but it is more common among autistic people than neurotypicals. I do not understand the mechanics of it well but I know that people with prosopagnosia use different parts of our brains to interpret faces then others do. I can recognise a few people’s faces but most people I struggle with. I recently worked out that I have the greatest difficult in recognising the faces of cis gender people – those who identify with their gender assigned at birth. However, I usually remember the faces of people who are gender diverse / trans. I have no idea why that may be.

I used to be deeply ashamed of not remembering people’s faces. It caused issues at school with bullies as I often couldn’t tell them apart which only served to add fuel to their cruelty. I would develop elaborate ways of figuring out who someone was through the context of their conversation or what they were doing. I had an exhibition at a major art gallery when I was a student in 2005. I had a twenty minute conversation with someone and had no idea who they were until I got home after the event!

Simply saying ‘Sorry, I have issues with recognising faces. I am not being deliberately rude’ would have solved a lot of my problems with prosopagnosia but my shame at forgetting faces was bound up in my shame at the time at being autistic. I have not always been an enthusiastic and very visible autistic advocate. It took me over ten years from the date of my diagnosis to me getting to a point where I accepted my neurodivergence and began to see my autism in a positive light. That shame was immense and was mostly created by bullying and being shamed by others for being somehow different. My main goal at high school was to be accepted by my peers – something that never really happened. Anything which made me seem ‘weird’ or different was bad to my mind. The fact I couldn’t recognise people was something I had never heard of before in others and definitely fitted in my view of ‘weird Jeanette things’. It was only really when I started to view myself as a proud autistic person years later that I become OK with it.

These days I tell people if I don’t recognise them and explain the reason. Not only does this make my life easier it also means if that person meets another person with prosopagnosia they will have some understanding about what it means. The statement I usually use is ‘Have I met you before?’ If they answer yes I respond with ‘Sorry about that, I have face blindness and don’t always recognise people.’

One peeve I have around this is when people who evidently don’t have prosopagnosia say ‘Oh, I’m hopeless with names and faces.’ I know they are probably trying to make me feel less uncomfortable, but I am actually not feeling uncomfortable so when they say that it comes across as them dismissing my experience. It’s a bit like the old chestnut ‘Oh but we are all on the spectrum somewhere!’ (We are NOT ‘all on the spectrum somewhere’. If we were, it wouldn’t be called autism it would be called ‘how everyone experiences the world’.) These sorts of statements are difficult because the person saying them often doesn’t consciously intend to dismiss and invalidate but they actually do.

I have found it much considerably easier to tell people about my prosopagnosia than pretend I don’t have it!  In fact when I started to tell people why I don’t recognise them it was like a weight had lifted. It was a liberation. For me owning my prosopagnosia is part of being an out loud and proud autistic person so I view it as part of my advocacy, given it is such a common experience for autistics. It can be a difficult thing to manage but like most things, it can be improved by applying strategies that work. It is nothing to be ashamed of – in fact being ashamed of it will make the impact of it considerably worse. It is part of how a brain can be wired, part of the neurodiversity of humanity. It is just another little part of what makes me ‘me’. 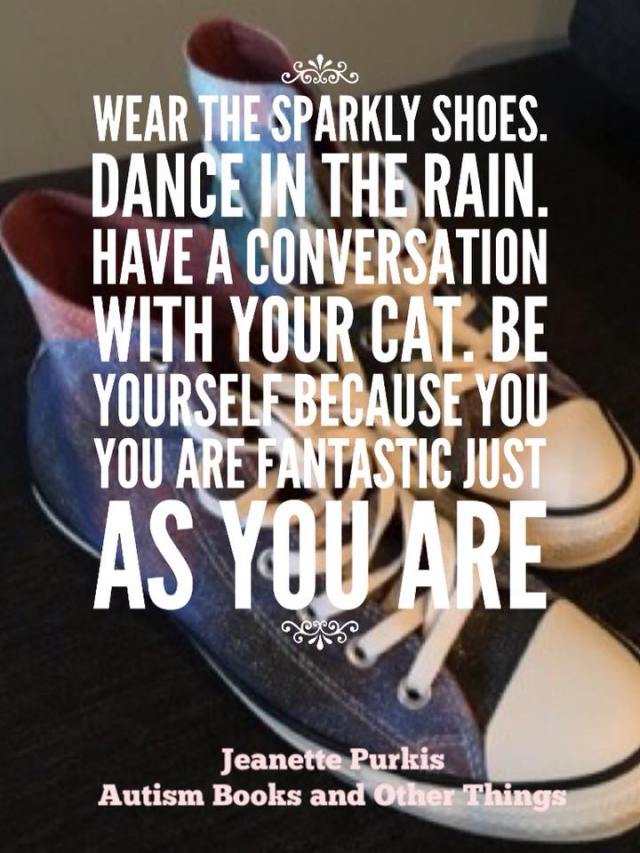 7 thoughts on “‘I’m not being rude but I have no idea who you are!’ – Thoughts on Prosopagnosia”