Most of us will come across emergency services in our lifetime – police, ambulance officers and firefighters. For autistic people these interactions can be very stressful and even dangerous.

Emergency services personnel may not know a lot about autism meaning they misinterpret the actions of autistics. At its most extreme this can result in death. Many autistic people having meltdowns have been shot by police who mistakenly believed they were a danger to others or that they were on drugs.  If police received better training (or any training) on working with autistic people these tragedies may well be avoided.

Autistic people may be arrested on suspicion of illegal acts based on misunderstandings of the reasons for their behaviour. I know of one autistic man who was arrested and interrogated because he was examining the foundations of a building. The man was an engineer and was concerned that there was a fault. However, as terrorism was a big issue at the time the police wrongly assumed that the man was planning to destroy the building instead of what he was actually doing which was to try and save it! I know of another autistic young man who got a criminal record for sexual assault. He was on the bus and saw a woman with shiny stockings. Thinking these a great stim he reached out and touched the stockings, which were of course attached to a woman who thought she was being groped by a pervert rather than having an autistic person appreciating her stimmy tights!

When autistic people are in police custody things can get even worse. I remember an encounter with police in my dubious youth and they did the ‘good cop bad cop’ routine which I instantly fell for. They also asked me my name and address and the lawyer I had spoken to had advised me to answer no comment to everything so I answered no comment to my name and address. This did not go down well! Some autistic people are so frightened in police custody that they will admit to a crime they did not commit just to stop the questioning and fear.

Autistic people rarely enjoy making eye contact and this can definitely be the case when we are stressed. However, many police officers believe that not making eye contact is a sign of guilt or lying. An autistic person might be being totally honest but not be believed due to them looking down or away from their interrogator.

When an autistic person is the victim of a crime they can be misbelieved and gaslighted by police and courts. This is not ever OK. The judicial system should allow access to justice for everyone.

I think that if police had better training in autism these issues would be less prevalent. US-based author Dennis Debbaudt has written great book called Autism, Advocates and Law Enforcement which deals with these sorts of issues. Here is a link: https://www.amazon.com.au/Autism-Advocates-Law-Enforcement-Recognizing/dp/1853029807/ref=sr_1_5?keywords=debbaudt&qid=1580359327&sr=8-5

The experience of being transported in an ambulance can also be overwhelming for autistic people as well. It is a strange and alien environment and a stranger is doing things to you like taking blood pressure and ECGs. The radio night go off unexpectedly and they might use the siren which is noisy and can be overwhelming. Ambulance officers will ask the patient lots of questions which can be overwhelming and can result in meltdown or shutdown. Add to all of this that the autistic person is in a bad space physically or mentally to be there in the first place so all these intrusions are happening on top of injury or illness.

Once again, autism training for paramedics is essential. It would also be good to have a sensory audit of ambulances and see if any changes can be made to make them less unpleasant and frightening for autistic patients. This could even involve having a small box of fidgets on board.

Accessing help from emergency services should be a positive and supportive experience but for many of us it isn’t. There is work needs doing in this space and it needs to be led by autistics. I really don’t want to ever hear of another autistic person shot by police simply because they are having a hard time. 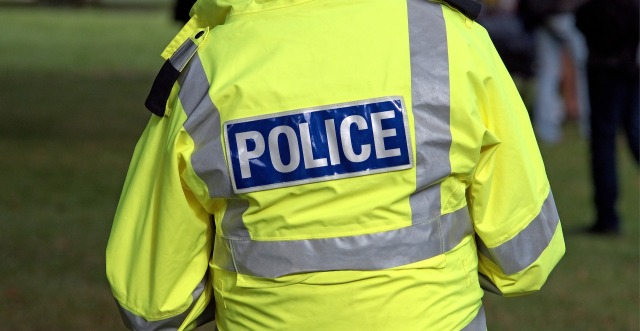