I am a non-binary autistic person. Non-binary identity is a kind of transgender identity. I have many other trans autistic friends and am very proud to be an out trans person. Sadly not everyone shares my sense of pride and respect for trans people. Transphobia is very, very real and many of us experience bigotry daily. Autistic trans people are often on the receiving end of bigotry and discrimination. Being autistic brings a range of additional challenges for trans people.

There is a recent study from the USA which showed that autistic people are 7.5 times more likely to be trans and gender diverse than the general population. This statistic is borne out in my anecdotal experience too and I know many autistic people who are trans and gender diverse. Children and teens are particularly well represented in these statistics. I think this is wonderful and I am delighted that kids know their gender at younger ages. It took me 43 years to realise I was non-binary and I would have loved to know my identity at a younger age as my identity is liberating.

Sadly not everyone sees coming out as a liberation. For transphobic people gender diversity is a threat, something to be attacked and criticised. Critics of autistic trans people come from a range of quarters. I want to unpack some of the bigotry here.

The first form of bigotry is TERFs. What is a TERF? It stands for trans excluding radical feminist and it is nasty. JK Rowling is a prominent TERF which really upsets me because I love Harry Potter and always thought the Harry Potter universe was an inclusive one but apparently not. TERFs are particularly hostile to trans women. I can never quite figure out what their issue is but I think it centres around thinking trans women are men trying to infiltrate the world of women and somehow gain rights as women. TETFs refer to trans women as men and even want to harm trans women sometimes. Basically at is a load of bigoted, harmful nonsense. TERFs make me very angry. Trans women do not have some sinister agenda. Being trans is an integral part of identity, not a conspiracy!  Trans women experience a significant amount of bigotry and discrimination. I cannot imagine anyone transitioning in order to gain perceived advantages as a woman. To my mind the TERF argument is just nasty hostile prejudice. The fact that feminists (and it is not all feminists I should add) participate in discrimination against fellow women (who happen to be trans) is very disappointing indeed. I used to identify as a feminist in the past but now I avoid the term because I don’t want to be associated with TERFs.

Another issue trans autistic people experience is autism world figures making harmful statements about gender identity and autism. This happened recently with a notable clinician saying autistic trans kids don’t know their own gender and are being coerced by adults with an agenda. Seriously WTF?? Autistic people spend a lot of time reflecting and questioning our identity. We are known for it. If you are singled out for being different then you are probably going to reflect on who you are. An autistic young person who is questioning their gender should be supported rather than criticised and invalidated. And it is the height of condescension to tell autistic trans people that they don’t know their gender. Instead of making these statements maybe clinicians could listen to their trans autistic clients and understand where they are coming from rater than dismissing their experience. I hate when public figures – be they fiction authors or autism clinicians – use their position of authority to spread transphobic thinking. I think these people have a responsibility to promote inclusion not division.

The other transphobia issue is a nasty one and it involves trolling and bullying. When I was in school I was bullied for my autistic differences and also my ambiguous gender. As an adult I have been trolled for my non-binary identity. These things are extremely hurtful and can be dangerous. Many autistic and gender diverse people – in fact I would estimate possibly all of us – experience trolling and bullying and it is not OK.

I think we need to build a sense of pride and respect for trans autistic people. This involves challenging bigotry and transphobia wherever we find it. Genuine allies can help with this by calling people on poor behaviour and prejudiced or ignorant statements. Trans and gender diverse autistic people have a right to be heard and respected just like anyone else does.

Here are some resources: 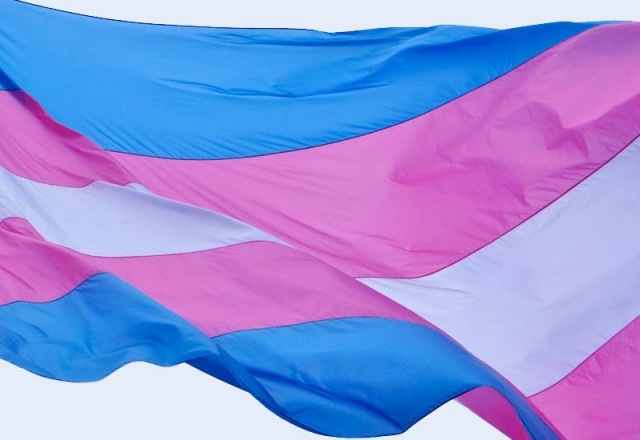 2 thoughts on “Responding to the attacks on transgender autistic people”