You may wonder why my blog title is ‘AWEgust′. The reason for this is that I’m undertaking a challenge to raise money to train more mentors for the I CAN Network. I will be writing a blog post every day between now and the 31 August. So far some good people have donated $18.50 and I’ve had a promise of $93, which is good but I am hoping the raise a little more than that. Here is the link for donations if you feel the need:

I have decided to change the tack of this month of blog posts to raise funds for I CAN Network. My errant brain is, well erring. The stupid thing decided that depression was what I needed and heaped it on in good measure. As such, writing 1000 words each day may be a little too much so rather than giving up the challenge, I have decided to complete the month using 100-200 word posts and include all the entries in a series of periodic blogs.

So today was a tricky day. I felt unmotivated at work which is a very scary sign but I pushed through it. I also told my mangers I was having a hard time and they were lovely. So now I have identified the issue I can get on with improving my mood. I’m always up for a challenge!

All I can say is that there are good people in my life. There certainly weren’t many of them 20 years ago but lately all these amazing humans have come into my world. At work, my Director came and sae me just to check I was OK, as did my Branch Manager, I got some of my enthusiasm back and worked like some kind of hybrid ant/bee thing. (Only I didn’t make honey, I made notes and emails and a couple of phone calls. I don’t think ants or bees can do that but then, I can’t make honey!)

I also had a lovely friend tall me about submissions for the online group ‘The Mighty’. My friend is an Autism advocate and wanted me to raise the profile of Autistic people…but I wrote a story about schizophrenia. I didn’t really plan it, it just came out. Oddly enough it was about a lovely manager I had in 2011 who is probably the reason I managed to keep my job during that period of illness. Her support while I was very unwell was what helped me to get back to where I am now. As I say, my world is full of good people. I wish the same could be said for the lives of everyone I know.

Today I interviewed wonderful Autistic author Anita Lesko and her fiancé Abraham Nielsen for my radio show. They were so lovely. We recorded our conversation on Skype and we had the video on. It was 8:00 am on a Saturday after a late-ish night for me so I looked like some kind of undead creature like  a vampire or a recently zombified villager. Anita and Abraham had cowboy hats on and even I could see that they were very much in love. The interview gave me warm fuzzies which may well last for several weeks. So yes, for those who are asking, Autistic people do fall in love, get married, have kids and grieve when someone we care about dies. We are not emotionless robots who just spew out facts about Doctor Who and trains. We are just as human as everyone else but we use a slightly different operating system.

I am finishing proofreading the collaborative book on Autism and mental health I am writing with Dr Emma Goodall and Dr Jane Nugent. All the content is in, we have an introduction, a glossary and four pages of references. The entire document is 80,000 words and my poor old laptop struggles every time I do something with all the text (like making the font and text size consistent throughout). This book has been my passion since 2013. It has undergone at least four iterations (of varying degrees of quality) before it got to a stage suitable to  attract a contract from the publisher. I must really care about it as I’m not usually that persistent. In the process of writing it I have learned many things about the topic and myself, had no less than three major panics about it and also made very good friends with one of my co-authors. A book will change your life is what I say to aspiring authors. Both of my earlier books have changed my life in their own way. I wonder how this one will change my life?

Today I was approved for a working with vulnerable people card. This is one of those risk management things to ensure that when one volunteers or works with people deemed to be vulnerable – e.g. children, the elderly and apparently people on the Autism spectrum – one is not some kind of scary psychopath. Unfortunately my younger years involved a lot of scary behaviour on my part. It is a vast understatement to say I am not proud of these things In fact the main reason I volunteer about half of my productive time trying to make the world a better place  is that I am ashamed of the first 25 years of my life and all the dreadful things I did.

So today when I got the call to say I had my application approved I was absolutely delighted. I have had a few jobs and volunteer roles requiring character and police checks and they always terrify me. This isn’t because I think I will be knocked back, for I have not done anything in the least bit dishonest since 1999 and I am at pains to abide by any laws, protocols or guidelines that come along. I have also gained a lot of valued social roles such as author, Masters graduate, official and TEDx speaker to name just a few. The reason I hate applying for these sorts of things is that I feel like I am putting my soul on the line. It brings up all these horrible feelings about who I am and whether I am a worthy human being. So I am very happy that I got my working with vulnerable people card. And hey, I can work in a school if I want to now! I(but i won’t because large groups of teenagers fill me with dread) 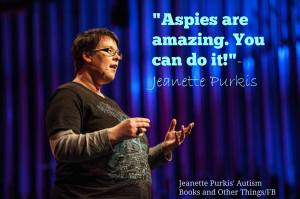