This is my rant for the year…. I have literally just got home from work. Something on social media had me so riled up I needed to write this post the instant I turned on Alastair the MacBook Air. The author of the social media post defended having no female admins on an Autism site because ‘Autism has no gender.’ As a woman on the spectrum I was absolutely stunned to see this, for Autistic people also belong to all the other demographic groups and are impacted by them as well as Autism.

A woman on the spectrum is a woman and an Autistic person. One does not cancel out the other. Women in the spectrum experience issues related to their Autism, their gender and the combination of those things. We live in a world where woman still experience sexism, particularly when you stray from the shores of first world countries.

I have a number of friends who are Autistic and transgender. There is no way I would ignore their transgender identity because they are also Autistic. Pretty much any transgender person you meet will say they have encountered prejudice and discrimination and even physical violence on account of their gender identity. When people are on the spectrum there are both the issues around Autism which most Autistic people experience as well as the issues faced by transgender people. You can hardly say to a transgender Autist ‘your gender identity is meaningless because Autism knows no gender.’ I imagine they would look pretty incredulous if someone said that.

In Australia we have a wonderful ancient history of Aboriginal and Torres Strait Islander cultures. Tragically now Indigenous Australians face an inordinate amount of prejudice and discrimination. The history of our nation is filled with shameful acts. As in any other ethnicity, there are many Autistic Aboriginal and Torres Strait Islander people. It has only been in recent times that the needs of Indigenous peoples who are on the Autism spectrum have been considered. Certainly some of the Autism-related experience is common to Indigenous and non-Indoegnous people but there are also cultural considerations which need to be taken into account. This is an area which needs much more attention from Autism service providers and others. But Autism does;t cancel out a person;s cultural identification either. If you said to an Aboriginal Autistic person that their Aboriginality was irrelevant because they are Autistic and ‘Autism knows no race’ I imagine they would be understandably offended.

The experience of an Autistic person who is unemployed and marginalised will be very different from that of one who is financially independent. A refugee Autistic person will have a vastly different experience of life than someone born in the country. An Autistic person who is Queer will most likely find life different to one who is not. All our different characteristics shape our experience and how we respond to the world and the world to us. That is not to say a middle class white man on the Autism spectrum will not experience discrimination. All I am saying is that we are a product of our culture and background and this influences our experiences. To say there is no gender in Autism is completely preposterous.

I am a middle-aged woman with a diagnosis of Asperger Syndrome and schizophrenia. I identify as Queer (asexual and formerly Lesbian). I spent time in prison and was outside of the labour force for many years. I was homeless and in unstable accommodation for many years.  (Don’t worry though – I now have a good job, a little house and a bunch of accomplishments. I still have the illness but I have some good strategies to manage it). As a member of all those demographic groups I experienced the misunderstanding, discrimination, abuse and uncertainty that you would expect with all of them. My Autism has a gender, a sexuality, a class, a serious mental illness and all that these things entail. Yes I am Autistic but I am a bunch of other things which determine how I am treated and how I exprience the world. I cannot separate my Autism from any of those attributes – all are intermingled. 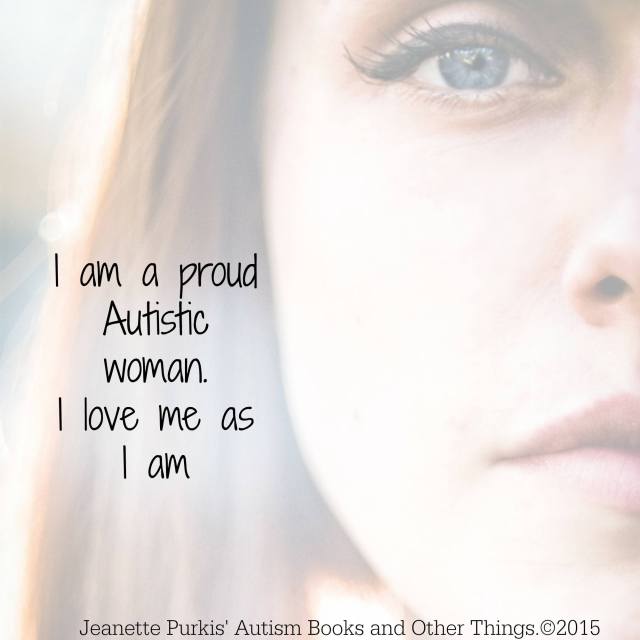