Generally, if you use the term ‘suffer from autism’ a lot of Autistic people – myself among them – will react negatively. The idea that Autism of necessity causes suffering doesn’t quite align with ideas of Autistic self-advocacy ad neurodiversity. The other day a colleague asked me the question which is the title of the piece: ‘Do women with Autism suffer more than men?’ I get asked a lot of odd questions from neurotypical folks who I understand do not share my detailed and nuanced understanding of all things autism – I mean, why would they? So while my instinct in relation to this question was to get into argument mode, in fact I found myself stepping back and trying to understand there the question came from and what information would be useful to convey in response.

I answered my colleague as best I could, trying to convey the Autism is a different approach and not a tragedy. But the question got me thinking about autism and suffering, not in an ableist sense which might suggest parents of autistic children should just give up on their child now, or the idea that if autistic people do not behave or communicate in the way neurotypical do it must be some ind of tragic failing. Instead I turned it in on my own experience of forty-two years as an Autistic person. Do I ‘suffer?’ If so how? Does Autism itself result in suffering or is it something added by others who have no understanding of me or my autism?

These are some of the conclusions I reached:

I’m sure you have noticed something among these ‘sufferings’ related in a greater or lesser degree to my autism. They were either created or exacerbated by the actions and words of people who wanted to take advantage of me, hurt me or just plain didn’t understand my approach to life.

There is a flip side to this rate negative picture of the world: If you look at my own life and the suffering involved, consider what might have happened if bullying had been effectively tackled or if predatory people hadn’t abused and damaged me. A world where I felt confident enough about myself to not be bothered by failing at something or needing to be a perfectionist? I believe that world to be possible and it is the focus of a lot of my advocacy to help create a supportive world where Autistic people do not have to bear this huge load of discrimination, dismissiveness and invalidation. Most of the suffering we experience as Autistic people navigating the social world can be seen as  preventable. To address it maybe we can widely promote the notion that our Autistic different is not less, help Autistic people to value themselves and fight discrimination with pride and knowledge and to encourage the structures in society to be Autism competent and confident. Suffering for Autistic people is far from inevitable. Yep, let’s do the changing the world thing. 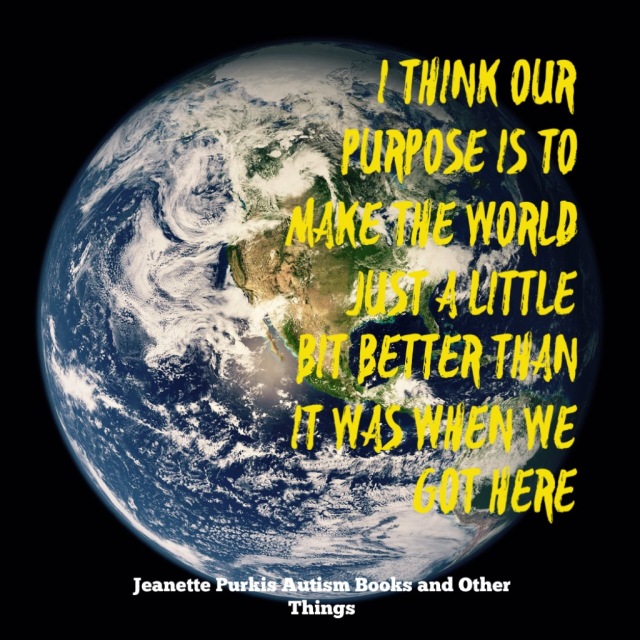 2 thoughts on “‘Do women with autism suffer more than men?’ Addressing an odd question”