I am told that when I was nearly two years old my mum took my brother and I from the UK to Australia to visit my grandfather who was dying. For whatever reason my dad stayed behind. We were away for a couple of months. When I returned home I was terrified of this scary man with a beard who was giving me lots of attention. It was my dad but in the time we were away I forgot what he looked like. Like many autistic people – and some non-autistic ones too – I have prosopagnosia, which is also known as face blindness. It means that I struggle to recognise most people by looking at their face.

As a child of the seventies and eighties I did not have an Autism diagnosis as such a thing was not available. Hans Asperger’s writings were not translated into English until I was in my last couple of years of high school and Asperger’s syndrome was not an official diagnostic description in the English-speaking world until after I had moved out of home. I spent my teen years thinking I was the only person like me in the world and I couldn’t imagine other people shared my experiences of things like prosopagnosia. In fact my face blindness was one of the things I found most embarrassing as a teen and young adult. I really couldn’t work out who people were most of he time, even people I had known for some time. With a few exceptions, everyone looked indeterminate. There were two girls in high school who to me looked identical but they weren’t even related. They just had the same general ’feel’. Unfortunately they were two of the worst bullies in my year and exploited what they presumably saw as my weakness which made me more stressed and ashamed of my ‘oddness’.

When I was an adult and started university I had the same issue. I know everyone’s name and had a huge store of information about each of my fellow students lives but if I saw them outside of class  – ad even sometimes during class – I wouldn’t have realised I knew them. As soon as I worked out who they were I was fine but I often couldn’t tell that from looking at their faces. I had never heard of anyone else having this issue so I assumed I must just be weird. It always worried me though, particularly as people would think me rude for apparently not remembering them. I actually knew them really well, just not by looking at their face.

I have done a little reading on prosopagnosia and apparently it is a brain wiring thing. Therefore it is not something I can change or improve because those connections just aren’t there in my brain. Apparently someone with prosopagnosia processes facial information in a similar way tat most people see inanimate objects, Could you imagine discerning one table from a mental store of hundreds of tables? You might remember a particularly distinctive one but most of them would seem similar to each other. That is what it is like for me with people.

I used to try and work out who someone was by engaging them in conversation and working out their identity through context and what they said. This worked well for much of the time but even when I was doing this I felt I was doing myself a bit of a disservice. Prosopagnosia is part of me and I am much more comfortable if I can be up front with people and explain I have issues recognising faces rather than agonise my way through a conversation trying to remember who they might be ad not make it obvious I have no clue who they are.

These days if I don’t know someone by looking at them I usually explain to them that I am not being deliberately rude but I have issues processing faces. I will say something like ‘Have we met before? I have face blindness and find it hard to recognise people’. It makes my life a lot less stressful and helps others understand that this is an experience  that a number of people have. In order to say outright that I have issues telling faces apart took me a long time and reflects my level if confidence with who I am at the present time. If I was ashamed of my ‘differences’ I would still keep my experience silent and feel like it was a failing of character rather than my brain being wired differently to most people’s. I am delighted to be able to ‘disclose’ my difficulty (and I don’t  really like that term ‘disclose’ – I mean prosopagnosia or autism or other neurological differences aren’t a criminal offence or a dirty secret in need of ‘disclosing’ but it is the word most of us seem to use in the absence of a better one).

I wonder how many people don’t feel confidence to explain to their challenges in recognising faces for fear people will think them weird or rude? I like that the we have recently as a society became a bit more able to talk about neurology and disability and mental illness and other brain-type things but there is still a way to go. I hope when I explain to someone my issues recognising people that it encourages others to speak up too. In a world where these things are treated as shameful or outside the ‘norm’ then people will feel isolated and as if they can’t talk to anyone about this ‘difference’. I would love for people not to have to hide things like prosopagnosia. I’m glad I decided not to be silent about my challenges knowing human faces. It is not something I can help, after all.

…. And in case you are wondering, I can recognise most cats. I haven’t seen any research about people with prosopagnosia and animal faces though 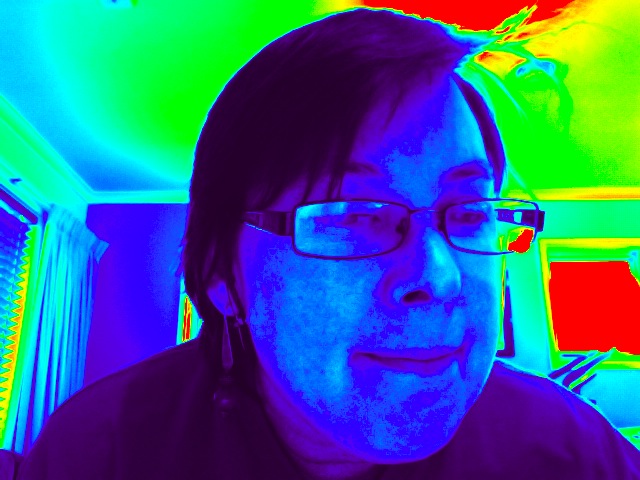 2 thoughts on “‘Sorry, have we met before?’: Face blindness and me”