One thing I say every time I give a presentation on mental health and autism  is how important it is to be able to ask for help when you need it. It is such an important part of maintaining health and wellbeing but is often an incredibly difficult thing for many us to do.

I have spent most of my life as a stoic – not even thinking that asking for help was an option, even when I was in dire circumstances. I didn’t give it much thought, I simply didn’t put my hand up for assistance from friends or family or health professionals or others whose job it is to take care of people. Sadly, while some of this was due to my base level of stoicism, I also had a number of experiences where health professionals had not exercised their duty of care to me. This would put most people off asking for help but for a person who avoided seeking assistance as much as me it resulted in me not even considering accessing that sort of help until the point that it was desperate. I also had a the issue that I had spent several years in institutions in my twenties. When I got myself a professional job, private health insurance and bought a home I felt like I was free and independent. In my mind, accessing mental health services was bound up with feeling like I was dependent and helpless again so I avoided it as much as I could. Despite having a diagnosis of schizophrenia since 1995, I stopped seeing a psychiatrist when I moved to Canberra and had a GP prescribe my medication. She was a lovely doctor but probably knew less about mental illness than me. She put ‘depression’ as my diagnosis despite the referral from my previous psychiatrist and the medications I take which are clearly to address psychotic symptoms such as those in schizophrenia and not depression.

There was a time in my life which changed my attitudes around seeking help and it was a critical one. I was very unwell with psychosis in 2010. I hand’t realised what was going on and had delusional thoughts that I was dead and in purgatory and I believed these to be real. I actually did ask for help – after several months and when I finally became aware something was wrong with my thinking. I contacted the mental health crisis team – but they weren’t very useful. They thought that because I was was still going to work that I must be OK. I was definitely not OK. Work is the very last thing I stop doing before I cannot function at all. So while I was indeed gong to work, I thought there was a ghost in my house trying to kill me and I knew I couldn’t say or write anything about the ghost as it would strengthen its power. I was confused and constantly terrified, I had visual hallucinators and was afraid to use any of the appliances or the shower at my home as I thought they were possessed and my house would fall down if  used them. But yes, I was going to work. The situation got quite dangerous and I was afraid this existence would be my lot for eternity. There is really only one step beyond that thinking and in my confused state it would have been easy to make that final choice. Thankfully I didn’t. The reason I didn’t was that I asked for help from a place that I had not gone to for help for over a decade – my parents. Being vulnerable in front of family was akin to admitting ultimate defeat in my mind at the time. If they had to come and support me through major mental illness the next step might just be starting again on that path to institutionalisation in my twenties. It was simply Not An Option to take that route.

This was the backdrop to a very important and difficult choice. In late 2010 I was so unwell that I called Lifeline. I can’t remember what I said but the counsellor asked if I was unwell or if someone was hurting me. When I told her some of the things which had been going on she told me to call my mum. She insisted I call my mum and said that if I had a daughter having such a hard time that I would really want to help. The counsellor asked me to promise her I would call my mum so I did. That was one of the most difficult and positive things I have done in recent years,

My mum drove to Canberra and stayed with me. Over the next couple of years when I was unwell her presence was a welcome ally to me as i fought my battles. Being vulnerable meant I got help and support and it actually strengthened my relationship with my parents and especially my mum. Asking for assistance from my parents was definitely the right choice.

There are a number of reasons that people – and autistic people particularly – struggle to ask for help. Some of these include:

The strategies that each person uses to enable them to ask for help will be different but some thoughts I’ve had include: 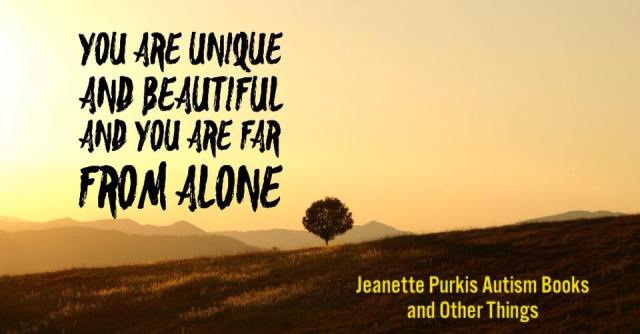